Home Life Not Exactly the Top Movies of 2012

Not Exactly the Top Movies of 2012 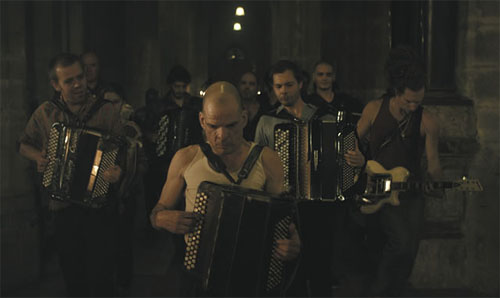 I’ve written before about the clinically obsessive behavior I engage in when it comes to watching movies. In addition to that, I keep a detailed running list of all films I watch in a year. For instance, here’s how 2012 turned out:

So, yes, I watch a terrifying amount of movies. In my defense, I don’t watch TV (I haven’t had an antenna or cable since 2009), which means that, even at a rate of more than one film per day, I still watch less media than the average American. (That, too, is terrifying.)

Anyway, at the end of the year, I do like to look back upon what I’d seen. I’ll spare you the Top 10 list format, and instead give highlights of my cinematic 2012.

Favorite New Releases – This category isn’t a “best film” list. These aren’t the best-crafted films I saw this year. These are films that, for whatever reason, leapt into my heart. These are movies I really enjoyed, beyond their craftsmanship. These are films I will likely buy and force friends to watch.

Favorite Films that Were New to Me – These are all older films that I’d never seen before 2012. Once again, these are films that delighted me the most, not necessarily the “best’ films.

Favorite New-to-Me Bad Movies – I found these films to be exquisitely terrible.

The Film I Spent the Most Time Bitching About: Prometheus (2012)

The “Better than It Has Any Right to Be” Award: Abraham Lincoln: Vampire Hunter (2012)

The Most Homework I Did in Anticipation for an Upcoming Film Release: I watched the entire Up Series, as preparation for the upcoming release of 56 Up (2012).

The Most Perfectly Made Film I Saw This Year: A Separation (2011), which is the sort of film they should have entire courses about in film school.