TWO PowerPoint Karaokes in ONE WEEK! 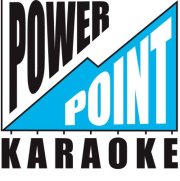 That’s right! This week is your chance to see PowerPoint Karaoke TWICE!

The sparkling-new Fearless Comedy production company is opening its tenure on the Twin Cities comedy scene with a grand blowout at Amsterdam. PowerPoint Karaoke will go on sometime around 10:30pm, but before that will be a parade of locally-grown comedy!

If you do the Facebook thing, details are here.

If you don’t do the Facebook thing, details are also here.

That’s right! We weren’t able to have our usual last-Thursday-of-the-month timeslot in January, so we’re taking over the 17th as our own. Join us as four presenters battle their way to PowerPoint glory! Also, you can eat food and drink beer in the theater! Good food! Good beer!

If you want to buy tickets ahead of time, or if you just need the address, details are here.