As mentioned in previous posts, I am currently at Ebertfest in Champaign, Illinois. Ebertfest is a fine little event that I first visited two years ago. Roger Ebert gathers a schedule of 12 films, a mixture of new and old, which he considers to be overlooked by the public. Many films are newer foreign releases that probably didn’t get a release in America’s heartland; there is usually at least one documentary that focuses upon Chicago; often something that was forgotten in the 1980’s shows up. These films are all screened at the Virginia Theatre in the heart of Champaign: a gorgeous, huge, balconied, lovingly-restored movie palace from a bygone era. Most films are capped by a Q&A from the filmmakers (or, in the case of documentaries, the subjects often turn up).

Ebertfest is a low-octane event compared to the other film festivals I do. The schedule is a relaxing three-films-per-day, in comparison to the 5-6 per day pace of Fantastic Fest or the punishing 24-hours-of-solid-film pace of Butt-Numb-a-Thon and B-Fest. While Champaign is a college town full of tasty little restaurants and brick-street charm, it certainly has a slower pace of life than Chicago or Austin or even Minneapolis. I missed attending Ebertfest last year, and I really missed its easy charm.

Another aspect that I missed is that, for the most part, 100% of Ebertfest films are at least good, if not great. With many other film festivals, you wind up seeing a lot of new stuff, and not all of it hits the mark. (Or, in the case of B-Fest, 100% of everything you see is awesomely terrible.) Ebertfest films are hand-picked by Mr. Ebert, and the man sure knows movies.

What hand-picked films did I see last night? Find out after the cut…

Most of the people I know who saw that the festival opened with Joe Versus the Volcano, a romantic comedy starring Tom Hanks and Meg Ryan, stared me in utter bafflement. I admit, I had the same reaction when I saw the schedule.

Clearly, none of us had actually seen the film before. I had no idea that this movie had apparently gathered a cult following in the decades that I spent not watching this movie.

I am pleasantly surprised to report that this movie is delightful. It’s the extraordinarily strange tale of a man who, when diagnosed with a terminal brain disease, quits his soul-rending job and decides to die as a hero by jumping into a volcano to appease a Polynesian volcano god. Meg Ryan plays three roles. Abe Vigoda shows up as a Polynesian native. And after watching this film, you will want to own better luggage.

This movie is absolutely, gleefully absurd, and yet also charming and meaningful. I’m not a big fan of doofy comedies, but this one has more substance than that, and it won me over. It certainly won over last night’s packed-house audience. I can’t think of a better way to see that film for the first time: with a loving, laughing audience.

The film is also gorgeously filmed by Stephen Goldblatt, who was there for a Q&A after the screening. It was then that I learned that what we had just seen was a brand-new 4K projection of the film, crafted from the original negative. I hope this means that the film will now get played elsewhere. 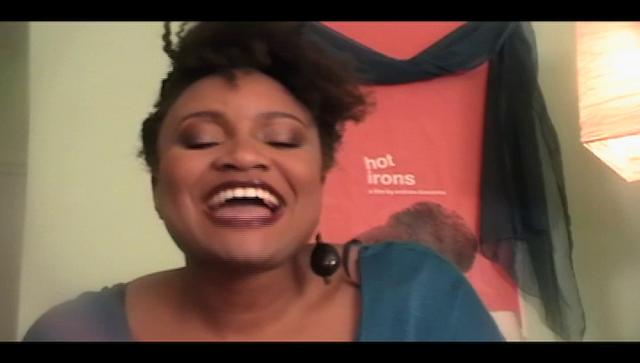 Hey, this one’s on Vimeo, so you can enjoy it yourself! 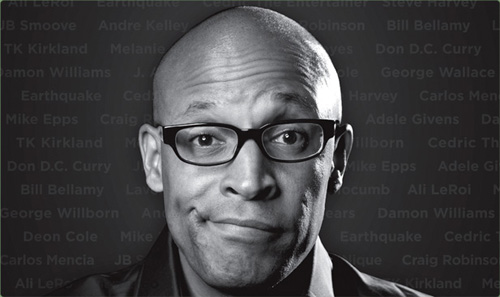 Phunny Business is a documentary about an influential — but now defunct — Chicago comedy club called All Jokes Aside. The club was notable for being a black-owned business, which gave a stage to black comedians in the 1990s, for a mostly-black clientele. A huge proportion of today’s nonwhite comedians got their start at All Jokes Aside.

The documentary focuses upon the birth, life, and death of the club, primarily through interviews with comedians and the club’s owner, Raymond C. Lambert. The film is nearly a who’s-who of stand-up comedy for the last two decades.

Two things struck me about this film. First, the visual style is very sharp. Simple composition and sharp use of a color really makes the film pop off the screen. Graphics are clean, bold, and snappy. Second, this documentary about comedy is, in itself, very funny. The director and editor weren’t shy about making the funny happen even outside the interviews with funny people. Davies isn’t shy about borrowing from the Errol Morris handbook when it comes to juxtapositions and use of stock footage, but it certainly works.

My only issue with the film is that it sometimes feels like a vanity piece for Raymond C. Lambert. I note that he is not only the main subject of the documentary, but also listed as a producer and writer. While it sounds like Davies is the person who originated the project after meeting Lambert some time ago, and the documentary isn’t shy about poking a little fun at Lambert, the film does seem to inhabit a zone between “love letter to All Jokes Aside” and a propaganda piece.

But if you can take that with a grain of salt, this film is a fun watch, especially for a documentary.