And so we shall continue the Tale of Ebertfest 2012! On Day 3 of this fine event, I alternated films with vast quantities of food and alcohol. Mirko and I visited no less than five restaurants/bars on this day: Pekara Bakery and Bistro, Boltini, Destiehl, The Brass Rail, and, finally, Steak n’ Shake. (I hear that Mr. Ebert has been granted a Steak n’ Shake Titanium Card, one of only four in existence. I’m not kidding.)

But first, we shall talk movies…

Australian director Paul Cox is a frequent feature of Ebertfest. Two of his movies have been featured in past Ebertfest lineups, and in this one, he’s the actual subject. This documentary looks back at his work, while also paying witness to Cox’s recent waltz with cancer.

It’s not really a spoiler to say that Mr. Cox lived through his ordeal, as he was quite alive (and spry) while sitting in the audience at Ebertfest this year. Here’s proof: Paul Cox in the center; Chaz Ebert is on the left.

The post-film Q&A with Cox was fascinating, because Cox is a force of nature. Unfortunately, I felt the documentary itself was rather uninteresting as a film.

The problem with the film itself was perhaps one of focus. It has two storylines: it attempts to serve as an overview of an artists’ oveure, as well as a document of a man looking into the face of death. The project was ambitious, surely, and the juxtaposition was interesting, but I always felt like I was getting not enough of either storyline.

Still, if you are completely unfamiliar with Cox’s work, the documentary is worth a look. It gathers tantalizing glimpses of his major films. 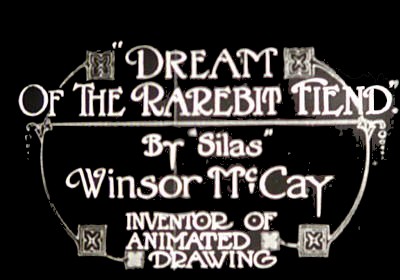 This is the thing that made me say, “YES, I MUST ATTEND EBERTFEST THIS YEAR.” I saw the Alloy Orchestra perform live aside Dziga Vertov’s Man with a Movie Camera two years ago, and it was amazing. It’s always great to see silent films with live accompaniment, but I’ve never seen anyone do it as astoundingly well as the Alloy Orchestra. If you ever see that they are playing near you, DROP EVERYTHING and GO.

Their Wild and Weird program didn’t disappoint. They selected a series of ten silent short silent films, composed full scores for each, and then strung them together with (often hilarious) slide announcements from the same period. “Ladies, please remove your hats!” “Don’t spit on the floor! Remember the Jonestown floods!”

The whole thing was an absolute delight. They had managed to dig up delightfully odd pieces of film, including TWO that involved nightmares caused by rarebit. (I didn’t even know rarebit dreams were a thing!) On some future day, I’ll dig up some of the shorts online and post them here. In the meantime, have a photo from the Q&A… A Separation is one of those once-in-a-decade movies. It is pretty much perfect. Complex, engaging across cultures, deeply effecting, I will think of it often for years to come… and I probably will be unable to sit through it again for a long, long time. This is a film that deserved every millimeter of the Best Foreign Language Film Oscar that it earned. The avalanche of kudos it has received is not a fluke.

The tale begins with a wife who wants to divorce her husband under Iranian law. Since he doesn’t agree, the divorce isn’t granted, but she departs her household, leaving behind her husband, her teen daughter, and her husband’s senile father. As a parting gesture, she hires a housekeeper to help them keep life under control, but things go horribly awry when the grandfather is found alone, tied to his bed and nearly dead, and the housekeeper is thrown out. What follows is a Rube Goldberg machine of emotions, facets of truth, mishaps, and misunderstandings.

This is a film that illustrates the addage about the road to hell being paved with good intentions. Nobody in the film is a bad person. Everyone is right in their own way, yet everything falls apart because they are unable or unwilling to communicate. A Separation would be an excellent (if harrowing) double-feature with Babel. It’s a masterpiece of screenwriting.

I particularly struck by how well the film communicates the story and the characters’ difficulties, even though the Iranian culture is deeply different from my own. While I missed some of the tinier details (i.e., I was unaware of a minor Arab vs. Persian theme running through the movie), the important strokes are communicated with great deftness.

After A Separation, Mirko and I needed some lighter fare, so we indulged in our now-traditional Ebertfest celebration/punishment: gin-and-Squirts in a dive bar.

I’d like to note that while I was in the dive bar, I ran into what may have been the only person in Champaign/Urbana who could recognize a Welsh rugby jersey on sight. I love you, Chambana.

Here are some photos from that night’s adventures: