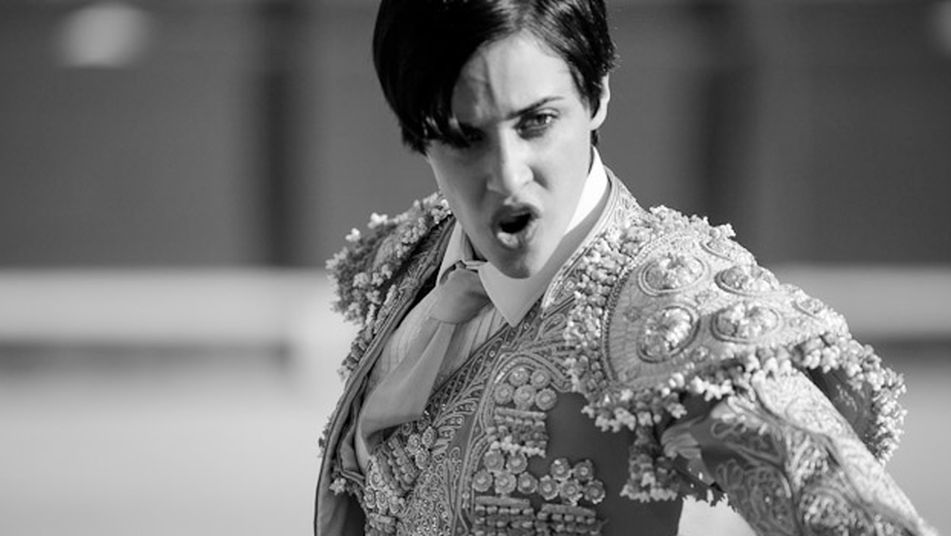 I’m going straight for your attention-jugular with these words: Blancanieves (2012) is an adaptation of Snow White, except it’s about bullfighters. And yes, there are dwarves.

It also happens to be a fantastic movie.

Blancanieves is a Spanish, silent, black-and-white ode to the films of the late silent era. I’m pretty sure it is constructed entirely of magic and beauty. Eight years in the making, the film was finally released in 2012 in Spain, and is finally wandering its way over to the United States. (In fact, it’s playing in some art house theaters right now. And yes, you should go see it.)

The film is set in 1920s Seville, opening upon a bullfighting match where a love-distracted toreador is gored by a rampaging bull. As his life is saved in a hospital, his pregnant wife dies during childbirth, leaving the crippled father with an infant daughter. The father eventually marries his domineering nurse, who then locks the wheelchair-bound man in a room and turns the daughter into a servant while she cavorts with the toreador’s money. The tale follows the daughter as she grows up under the tyrannical rule of her stepmother. And yes, there are eventually dwarves.

The tale is told with love, humor, and charm by director Pablo Berger, who also wrote and produced the film. Every image feels iconic. I am immensely pleased that I got to see it in a huge theater that was packed with people, because this is the sort of film that brings an audience under rapt attention. Gasps and laughs abounded. The film was spellbinding. It’s pure movie magic.

If you can’t tell already, I love this movie. If I had a Blu-Ray of the film, I would have already shown the film to at least three people this week. This a film that embodies pretty much all of my sensibilities of what makes a truly great movie.

Keep an eye out for this one.

P.S. — director Pablo Berger is adorable in person. If you ever get the chance to see him do a Q&A, do it. Director Pablo Berger (center) at Ebertfest 2013, explaining the symbolism of a falling hat from the opening scene of Blancanieves. (If a hat falls brim-down, it is good luck. If it falls brim-up, it is bad luck.)