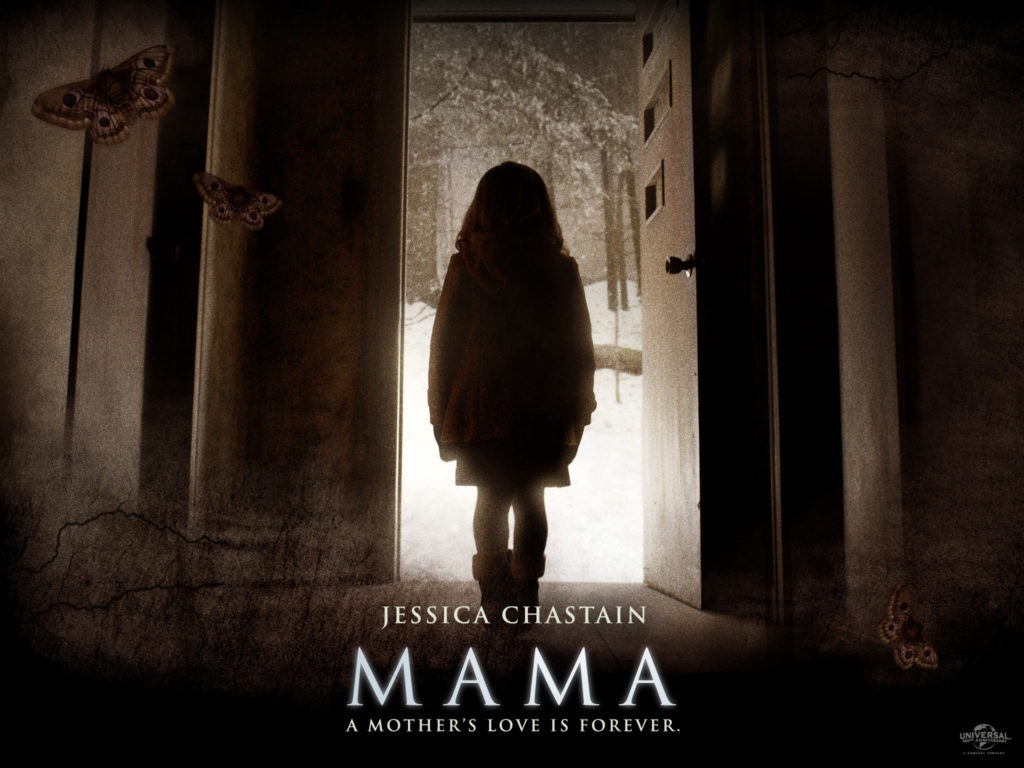 Mama, the new horror film from producer Guillermo del Toro, comes out today, and I do recommend giving it a look. Here’s why:

1) It’s a cracker of a horror film. Once the movie gets going, nearly every scene delivers a new, creepy element. In fact, the creep-factor delivery is so reliable that it almost seems like the film peaks after about 20 minutes… and then sustains a plateau until the end credits. It feels odd, but it works.

2) The main reason it works is that the film respects its characters, and much of the horror branches from the push and pull between their personalities.

3) Unlike 90% of films that aren’t specifically touted as a “chick flick”, Mama’s four main characters are all female. And they talk to each other about things other than men.

Yeah, yeah, I know. I often harp on about roles for women in the movies. It still feels like a hard sell to get a genre movie where one of the main characters just happens to be female, and she’s not a love interest / mother / witch. Even Mama, as you can guess, is a horror film about motherhood, and the four main characters are two mothers and two daughters. Still, Mama‘s approach to motherhood is interesting, and the fact that the film has a keen understanding of its characters drives it into lady-friendly land.

The film begins with a tragedy that strands two young girls (one toddler age, one a little older) in an abandoned cabin. When they are found several years later by authorities, they are alive but feral, skittering around on all fours. After a psychologist studies them for a while, he hands custody of the kids over to the girls’ uncle, who is determined to give them a normal life.

The film swiftly shuffles the uncle off to the side, instead focusing upon his rock guitarist girlfriend, who is thrust unwillingly into the role of being the girls’ adoptive mother. Jessica Chastain plays this character deftly: this is a woman who had very different plans about what she wanted to do in life, and now she’s stuck in a house with a couple of creepy kids who may or may not want her help.

The kids are creepy not just because of their feral behaviors, but also because they keep referring to a something named Mama, which might have kept them alive in that cabin all those years. When the movie starts delving into what Mama might be, it’s off to the races.

If you choose to see Mama (and yes, you should), note how the quartet of girls/women contrast with each other. Note also how the ending of the film is very odd… and yet the only way it could be resolved with any sort of satisfaction for the characters involved.

Mama does have its flaws (oh, so many clichés…), but it does work quite well as a whole, and it sports a script that is smarter on character than you would ever expect. Give it a look.