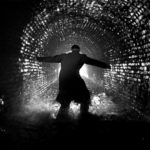 Last week, I talked a little bit about my weird obsession with using statistics to find movies to watch. Today, I realised that I’d never used it to figure out what the best movies every made would be. I mean, that’s bizarre, right? That’s what everyone wants to know! Why had I never looked at those stats?!

Anyway, here’s the list of the Top 10 Movies Ever Made, According to Melissa’s Weird Movie Statistics Tool:

I must have programmed the database right. That’s a magnificent list!