Home Best of the Blog Random Thoughts About Movie Music

Last night, I watched Three Colors: Blue for the first time. Yes, I know I’m very late to the party in seeing the Three Colors trilogy, but I figured I’d wait to tackle it until I could get my hands on the Criterion Blu-Ray discs of each film, rather than watching the films on lackluster streaming video.

Watching Blue is like looking into a deep, crystal-clear lake. It is beautiful and tranquil, and you can see vast landscapes beneath the surface, but it would take a lot of swimming to see any of them up close.

Those of you who have seen the film know that music plays a large role. Three characters are composers, and one more is a musician. A major part of the film involves an unfinished piece of orchestral music, Song for the Unification of Europe.

I was particularly struck by the fact that the music for Blue just doesn’t sound like your typical film score.

Let me back up for a second. What follows this paragraph will be the ramblings of someone who knows just enough about classical music to be dangerous. I played clarinet for 15 years — fairly well, even — but I stopped studying music because, even after all that time, the mechanics of actually creating music remained almost completely opaque to me. I know more about music history than your average person, I can read a page of sheet music, I have a decent ear for tone, and I can hear the inner structure of songs as I hear them… but actually improvising or composing was something I could never manage. I can never claim to be any sort of expert when it comes to music.

But Blue‘s score struck me as very unusual, so I did some thinking and some homework.

The Three Colors trilogy was directed by a gentleman named Krzysztof Kieślowski, whose work is probably unknown to most Westerners who aren’t total film nerds. This is probably because most of his films were made during the Cold War, and he made them in Poland. Kieślowski often worked closely with Polish composer Zbigniew Preisner, a man who taught himself composition by transcribing music from records. Often in Kieślowski films, Priesner’s music isn’t just background — it’s actually part of the plot. This is true of Blue, wherein Song for the Unification of Europe actually drives the plot forward. 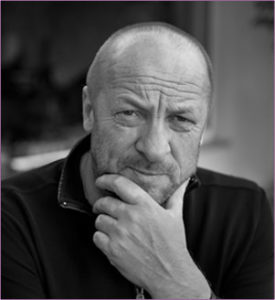 Does this man look like a classical composer to you?

Preisner’s style is striking. To me, it sounded like Jean Sibelius got thrown in a blender with Arnold Schoenberg. Romanticism on a 12-tone scale.

This is a great excuse to post an awesome photo of Jean Sibelius.

It sounds pointedly not movie-like. I certainly am fascinated by his music, but it seemed strange as movie-music.

I’ve spent much of the day trying to figure out why. Whatever the answer is seems to lie just beyond what I understand about musical composition.

The great tradition of film scores is as old as the film industry, dating back to the pianists, organists, and even orchestras that would accompany silent films. During the silent era, the Germans kicked ass at making movies, and they are probably most responsible for the birth of the full-on orchestral score. Filmmakers like Fritz Lang and Murnau released films that were accompanied by original musical scores, written specifically for those films. (Metropolis (1927) has a great score by Gottfried Huppertz, which was lovingly restored by the folks at Kino for their most recent DVD/Blu-Ray releases of the film.)

As cinema started to establish its visual storytelling language, music tailored to that experience grew with it. Even before sound technology advanced to the point where films could mix more than one track together, films figured out ways to incorporate music to heighten the mood. (In a scene in an early Hitchcock film named Murder! (1930), Hitch had to hide an entire orchestra behind a bathroom mirror, in order to record music onto the soundtrack of the film.)

The silent-to-sound era of film happened between the World Wars, in the 1920s and 1930s. In post-WWI Europe, most of the systems of patronage, which once supported classical composers had disappeared, so many composers started working for the film industry. Most of these guys were heavily influenced by Igor Stravinsky and/or Arnold Schoenberg, who both revolutionized classical music during the first quarter of the 20th century: Aaron Copland, Sergei Prokofiev, Erich Wolfgang Korngold, Charles Gerhardt, Sam Wood, Max Steiner, Miklos Rosza.

Then came the likes of Leonard Bernstein, Elmer Bernstein, Bernard Hermann… the list, of course, goes on. The point is that, while each of these composers certainly has his own style, they all, in the grand scheme of things, sound a lot alike. They all emerged out of the Stravinsky/Schoenberg-influenced early 20th century. They all felt, and often incorporated, the influence of jazz. Musical themes shift like mercury, depending on the demands of the story they are required to tell.

Igor Stravinsky, in a photo by Arnold Newman. I don't have a joke about this photo, because I personally believe it is the greatest photo ever shot.

And since all this stuff was written during the golden years of film, which cemented many of the storytelling and stylistic tropes that we still see today, I think it stuck around. The enduring popularity of John Williams shows this. (Anyone who thinks that Williams wove the Star Wars score out of whole cloth needs to listen to Stravinsky’s Rite of Spring again.)

Certainly, there are many film scores that fall outside of this particular musical flavor. Film scores have been build of everything from jazz to rock to techno to folk. Many film composers, like Lalo Schifrin, Ennio Morricone, and Philip Glass, fall quite far away from the Stravinsky-based tree. Yet if a film is aiming for a certain level of scope, it will almost certainly have a composer that falls closer to Prokofiev than Sibelius. 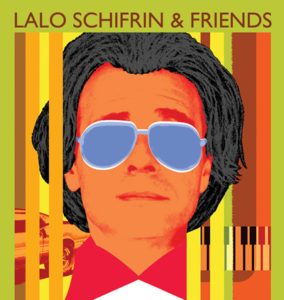 Lalo knows he is cool.

Which brings me back around to Blue and Preisner. While Preisner’s music is perfect for Blue, and the music and the movie were tailored to each other, it doesn’t sound like film music. It doesn’t seem to develop like a film score. The origin and completion of its melodies seem to happen outside of what we hear during the film. It sounds like something vast, and we can only hear a corner of it.

This is where I am out of my depth. I simply don’t know enough about music to firmly identify what makes Preisner’s music sound non-cinematic, or even if it’s just an illusion from how Kieślowski uses the music.

So, I really don’t have any answers with which to cap this blog post. I simply wanted to get some thoughts out of my head and have an excuse to post that great photo of Jean Sibelius. If I get lucky, a music nerd will respond in the comments with all the ways I am musically naive.

As a reward for anyone who read this far, here’s Preisner’s “Lacrimosa”, part of Requiem for a Friend, written for Krzysztof Kieślowski: