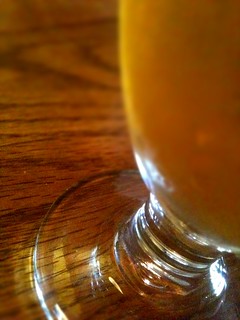 So, I decided to have a dry January.

Last year was rough. Really rough. Incredible things happened, but I was pulled beyond capacity.

And I was drinking a lot.

The two aren’t necessarily related. I don’t think I was drinking to get away from problems. However, I was drinking a lot because I was too tired to stop myself. I didn’t have the mental fortitude to say, “Yeah, let’s stop at one drink tonight.”

And it’s been taking a toll on my body. My weight was skyrocketing in the latter quarter of last year, and I’m pretty sure it wasn’t all just stress putting pounds on me.

So, I decided to have a dry January, to see if my suspicions were right. To see if quitting alcohol for a while was harming me in more ways than expected. To reset my love of beer and wine and scotch.

Or, rather, an arid January.

I’ve never gone dry before because it kills me to be in a restaurant or at a party where someone has a beer or wine or food that I’ve never tried before… and I have to say no. New experiences are the oxygen I breathe. If anything was going to undo a pledge to go dry, it was going to be that. It was going to be me greedily eyeing a booze label I’d never seen before.

Thus, I’ve made a caveat to my pledge: I get to taste things. If it’s something I’ve never tasted before, I get to have a sip of it. Not a full bottle or glass, but a taste.

And guess what? That seems to work.

I actually lounged around at a tiki bar all last evening, had only one taste of a tiki drink, and spent the rest of the evening happy. (In fact, I learned something: if you need to be a teetotaler in a bar, there might be no finer place than a tiki bar. Those bartenders can whip up some great non-alcoholic drinks from their arsenal of fruit juices.)

So, what are the results of (mostly) not drinking for a bit over a week?

Yeah, I was drinking a lot.

Here’s to another three arid weeks.