Home Life I AM DONE.

A little over one year ago, I wrote a post about Slaying the Debt Monster. It was written in the middle of a very long process, during which I aimed to pay off a huge amount of debt the hard way:

Today is the day that I checked the final loan account and saw this: 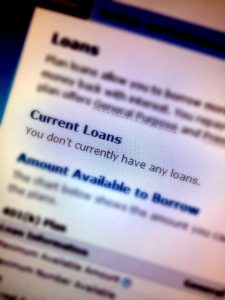 I am living proof that you can pay off a huge amount of debt.

Those figures above, which I wrote in the previous article, are still mostly correct. The total payoff took three months longer than expected, but only because I eventually moved the last chunk of debt into a lower interest loan that had a minimum term of 12 months (meaning that the payoff length expanded, and yet I saved a little money in interest in the long run). That total number of $62,000 is still more than I make in a year. That is a HUGE amount of money to me.

My take-home income for next month will be nearly double what it was last month. I have plans for the money that is no longer being thrown into the debt-canyon: an emergency savings account for unemployment; an IRA; a down-payment for a house; a budget for charity and for friends’ Kickstarter projects. There’s a little bit of cleanup yet to do, too, as I’m in the middle of incurring some moving costs and medical costs that drained down a couple savings accounts I already have… but that will all be replaced within a few weeks. It feels weird to be paying forward instead of backward.

Looking back from the end point, I know that the advice I gave last year is still the same advice I’d give today. However, I also realize that I’m fortunate in many ways. I am American, white, and educated. I was reliably well-employed during the entire duration of the debt payoff. I had enough income to stay well insured. I didn’t suffer any truly horrifying disasters. I stumbled across $3,000 of stock that I didn’t know I had, a remnant from a long-lapsed life insurance policy that my grandmother started in my childhood; without that weird windfall in 2009, I might never have gotten enough of a grip to get started in the first place.

However, the thing that really made this all happen was a willingness to knuckle down and make sacrifices, and then sticking with it for four years. And you know what? It’s been a good four years for me, despite living on the cheap.

It can be done.