Quick, Tell Me: The Employed Edition 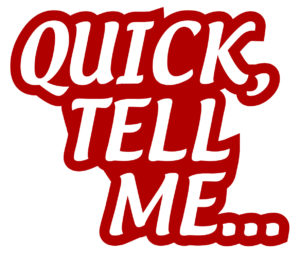 Yesterday, I waxed nostalgic about my old job at a fish store.

Today, please tell me about an unusual job you once had (or, perhaps, still have).