Home Life How We Pissed Off Tim

How We Pissed Off Tim 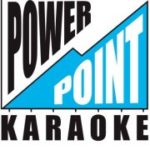 Last night, PowerPoint Karaoke had a rockin’ show. All four of our performers, borrowed from the ranks of Fearless Comedy and Vilification Tennis, blasted the audience with comedy. At one point, I nearly fell out of my chair laughing, which would have been a problem, as I was onstage running the slides. But lo, it was awesome.

This morning, I discovered that one of our judges, Tim Wick, included our show in his weekly column, “Shit that Pissed Me Off This Week“. That doesn’t exactly sound like a good thing, but here’s what he had to say:

OK, guys, I don’t know how to convince anyone that staying up past their bedtime on a Thursday night to watch this show is so totally worth it.

The structure of this show is such a slam dunk hit, you could put a completely boring person (like Jay Leno) on the stage and they would be funny by accident.

But they don’t get boring people.  They get some of the funniest people in the Twin Cities comedy community.  You know why?

Because doing PowerPoint Karaoke is a complete blast!

If you live in the Twin Cities and you aren’t going to PowerPoint Karaoke, it is because you are dead inside.  I hate to break it to you that way but I don’t believe in sugar-coating things.  Put this show on your bucket list.  And then go watch it so you can cross it off.

Then put “watch PowerPoint Karaoke again” on your bucket list.

So, take it from Tim. Put December 27th on your bucket calendar, because that’s when our next show will be.

Also, if you read my blog, you should totally also be reading Tim’s blog. He posts about a lot of similar stuff, and he’s funnier than I am.