This morning, I saw online that Darwyn Cooke passed away from cancer. This was only one day after an announcement came out that he was in palliative care for cancer.

I didn’t know him personally at all, but I am saddened by his loss. Both New Frontier and his run on Catwoman came out when I was working as a comics colorist, and they blew my goddamned mind. His style was unrelentingly throwback, without any hint of the “make it dark and gritty” thing that has dogged comics for decades. His style was sharp as a pin, his pages had a breezy quality, and his superheroes smiled.

When he drew women, they still had that wasp-waisted 50’s pinup style to them, but they were far from brittle. His Catwoman dressed in goggles and practical boots instead of fetish heels. His Wonder Woman was taller than Superman.

As a writer, he had a knack for iconic characters like no other. In New Frontier, he demonstrated that he knew exactly how to get to portray the classic, purest form of each hero and villain, and he could do it without the story ever feeling stale. He even did that with Wonder Woman, who is notorious for being one of the toughest comics characters to write because she is more symbol than anything else.

He was a breath of fresh air in an industry that needed it, and I’ll miss his work.

I have one last thing to share: I own one of the original pages of New Frontier, and I thought you might like to see it. It is the entrance of Captain Cold into the story.

The page is great example of the economy in his work. Clean, broad, and simple without being boring. Only three panels on the page, like almost every page he drew for New Frontier. Great trust in the colorist, Dave Stewart. (Though, to be fair, it’s easy to trust the best colorist in the business.) 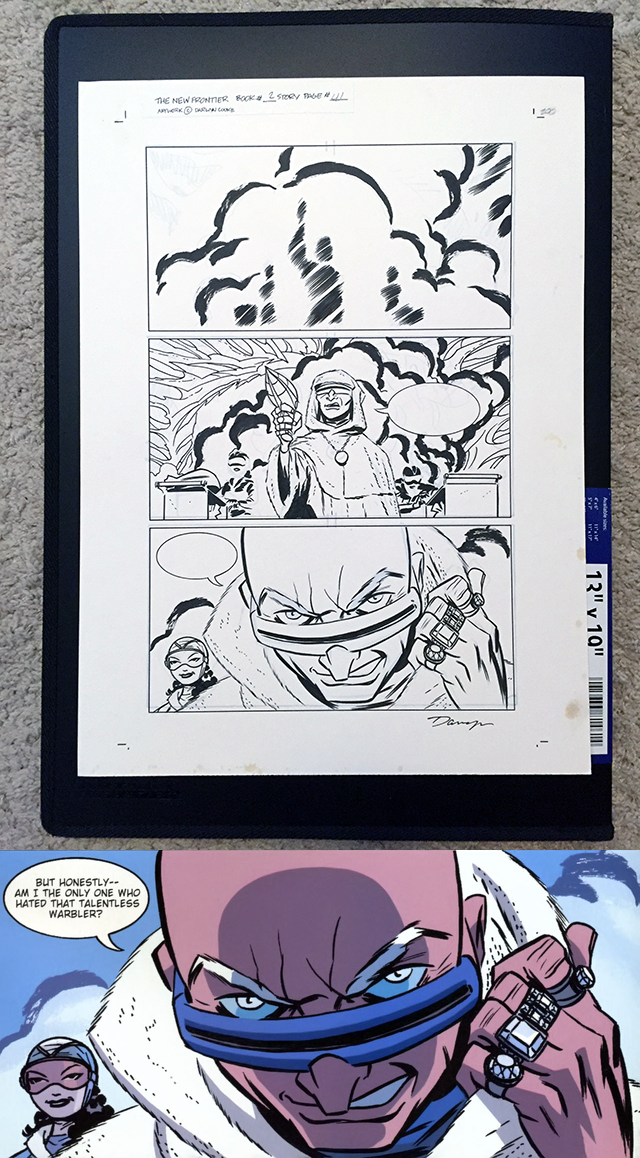