Home Life Why are there so many white people in The Impossible?

Why are there so many white people in The Impossible? 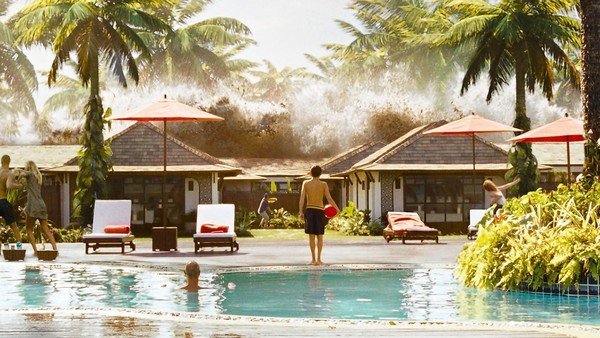 If you were paying attention around Oscar-time, you may have noticed that a film called The Impossible was up for a few awards here and there. Naomi Watts was nominated for acting awards pretty much everywhere. Many film critics were hailing the film as a fine drama. However, of all the films that were up for major Oscars, this was the one that wasn’t really seen by anyone I knew, including the film nerds.

Anyway, The Impossible is based on the true story of a family who was vacationing in Thailand when the 2004 Indian Ocean earthquake and tsunami struck. In case you were living in a cave or on another planet in 2004, let me recap: on December 26th, 2004, a huge portion of the Indian tectonic plate was subducted under the Burma Plate, causing one of the largest earthquakes ever recorded on a seismograph, which in turn caused tsunamis and devastation in 14 countries surrounding the Indian Ocean. 230,000 people died.

The film focuses upon one family, consisting of two parents (played by Naomi Watts and Ewan McGregor) and their three sons. The tsunami hits while they are vacationing along the Thai coast, and they are subsequently separated, injured, and put through various other dramatic situations. The film is quite an effective melodrama, even if it sometimes feels a bit to contrived. There were many moments that draw genuine emotion, and yes, the performances from Watts, McGregor, and Tom Holland (who plays the oldest boy) are definitely swinging-for-the-bleachers caliber. (However, the best part of the film is the first 20 minutes, during which some truly incredible filmmaking brings the sheer terror of a tsunami to life.)

So, a perfectly decent film, right?

Okay, let’s step back a moment. The tsunami killed 230,000 people, in countries surrounding the Indian Ocean. Last chance I checked, there weren’t a whole lot of white people in that area of the globe. Naomi Watts and Ewan McGregor are definitely white. And in the film, they interact mostly with other white people.

Well, this is a true story, right? This film is based on the real experiences of a real family who was vacationing in Thailand at the time. So, presumably, they’re white, English-speaking folk, right? Art is just imitating life, right?

Well… the Belons were Hispanic, hailing from Spain. (Here’s a great article about the real people, including photos of the family.) We could argue for a while about whether Hispanic counts as “white” or not, but in the USA, Hispanic/Latino is its own category, and Naomi Watts and Ewan McGregor definitely aren’t Hispanic.

Thus, it looks like The Impossible is another example of Hollywood whitewashing, which is sad, because other than that, it’s a pretty decent film.

… Wait, it was made in Spain, with an Spanish director, writer, and crew? As in, the same folks who made El orfanato?