Home Best of the Blog What Makes a Good Documentary Film?

What Makes a Good Documentary Film? 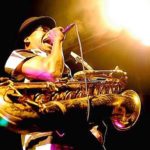 About four months ago, I wrote a bit about The Megalist, the completely insane statistical method I use to push myself to watch awesome movies I’d never seen before. After many years of using the tool, I noticed something interesting.

The tool pulls in data from various “Best of [Genre]” lists from IMDB and Rotten Tomatoes. On most of these lists, the movies don’t move around much. For example, Sunset Boulevard has been in the #1 spot of IMDB’s Film Noir Top 50 for ages. The films below it shuffle around in ranking a little, but mostly they’re the same titles. This is because nobody really makes great Films Noir anymore, so nothing is going to bump White Heat from the list.

The other lists get a little more life from newer movies (i.e., Inception stormed onto some of these lists last year), but still mostly reflect the classics.

Except for the Documentaries lists, from both IMDB and Rotten Tomatoes. The turnover is HUGE every time I update The Megalist. It’s nearly impossible to make headway against these lists, percentagewise, because new “OMG BEST OF ALL TIME” documentaries are charging onto the lists faster than I can watch them.

I find this fascinating.

I believe this is because most audiences have trouble separating an interesting subject from the actual crafting of a documentary film. I can’t tell you how many “OH WOW WATCH THIS AMAZING DOCUMENTARY BEST I’VE EVER SEEN !!1!11!!!” docs I’ve watched that turned out to be interesting diversions, yet were nonetheless only ordinary pieces of filmmaking.

This is where Everyday Sunshine: The Story of Fishbone comes in.

Don’t get me wrong, though. Everyday Sunshine is quite good, whether or not you’re a fan of all-black punk-funk band Fishbone. The gentlemen featured in the documentary are very interesting artists, and music nerds will particularly enjoy footage of Fishbone’s electrifying stage performances. The film even touches upon the origins of the LA punk scene, and the historical reasons of why Fishbone never really hit it big.

Even as a film itself, Everyday Sunshine is pretty good. It keeps the narrative going. I never hesitates to break up talking heads shots with concert footage, photos, and even animation.

However, the film falls a little short in some places. You never get the feeling that you’re scraping under the surface of the lives of these men. You never get a clear idea of what the overall narrative really is. Laurence Fishburne’s narration sounds extraneous. The animated sequences are a mishmash of different styles. Everyday Sunshine is a quite good piece of documentary filmmaking, but not classic.

But if you look at Rotten Tomatoes, you see that the film is currently at a whopping 100%. If you look at the audience opinion screen, most of the comments boil down to “I LOVE FISHBONE!” Well, I love Fishbone, too, but that doesn’t say anything about the quality of the film itself.

Inevitably, as the film ages, the crowdsourced opinions will mellow, and a dozen new documentaries, with equally compelling subjects, will likely surge onto the Documentaries lists and push Everyday Sunshine off. And, of course, I’ll watch them all.

Everyday Sunshine: The Story of Fishbone is currently on Netflix Streaming. Despite my lamentations above, you should watch it… especially if you’ve never heard of Fishbone. Fishbone rules.

As long as I’m at it, I should plug a few music/arts documentaries that I think are truly amazing all around.